Gabriel García Márquez once wrote: “The world was so recent that many things lacked names, and in order to indicate them it was necessary to point.” But since pointing fingers is uncultured, the students of Massachusetts have created a name for new technology: “3D printing”. The first historical 3D printing technology was patented by Charles W. Hull a few years earlier in 1986 and has since gone through various changes.

The key events that significantly influenced the future of 3D printing included: the PolyJet technology (invented in 2000), the invention of the self-replicating 3D printer (2008), bioprinting of blood vessels (2010), and the invention of the method to 3D print with multiple colors and materials simultaneously (2014) and others.

Since then the abilities of 3D printing have moved forward, and the technology is deservedly respected by general audiences. And the potential of forthcoming developments in 3D printing is something that the pioneers of the technology would have never even dreamed of.

The range of abilities of 3D printing is quite wide. Even just focusing on something casual will prove that, let alone talking about the complex projects that cover the production of automotive parts. With this technology, it’s possible to manufacture a fashionable smartphone case, a kids toy (customized for a kid’s needs), exclusive footwear, stylish tableware, and many other useful and pretty things.

New 3D technologies sometimes can be used to find impressive and unexpected solutions. For example, the Cornucopia project: 3D printers for food. They use different foodstuff as material, which afterward is distributed and cooled down. It’s easy to imagine how in the future it will streamline the cooking process, and one would only need to set the tasks for their 3D printer.

The Future of 3D Printing Depends on Everyone. Teenage Inventors.

The development of 3D printing around the globe is predetermined by what large corporations do. These include Dutch company Shapeways (that crossed the point of million orders a long time ago), a French company named Sculpteo (it’s useful to those who already work with 3D models), and Materialise (a Belgian company focused on engineering and medical products).

Some inventions in the field of 3D printing are done by teenagers. Easton LaChappelle invented an arm prosthesis when he was 17. It was 3D printed and cheaper than its existing counterparts. It was actively covered in the press, and Easton was invited to the White House. Russian student Sabina Sakaeva developed a fixator that will allow to comfortably cope with the healing process after breaking a bone. And these examples are not out of ordinary, they’re a part of a global tendency: the invention in the field of 3D printed can be patented even by a teenager, which will predetermine the prospects of 3D printing.

Depending on material and technique, the resulting products widely differ in price. And while the cheapest things may cost less than $100, a 3D printed car will cost more than $50, 000.

One day it will be known how much the parts of a 3D printed human body cost. The abilities of such technologies are rapidly evolving. It’s likely that soon 3D printed and transplanted organs will save many lives.

The progress in the field of biomaterial development makes such transplantation more a real and common practice. Dr. Martin Birchall, a surgeon of London University College thinks that working with 3D printed organs and tissues will become possible in less than a decade.

The Main Paths of Future Development of 3D Printing

Evgeniy Kozhukhovskiy, CEO of Smart Print (based in Kyiv, Ukraine) noted in 2015 that the market doubled in size. The speed of 3D printing doubles every two years, while the cost of the halves of the device in the same time interval. “This opens a door for huge opportunities in the next five years”, states Kozhukhovskiy.

According to the predictions made by experts, new 3D printing technologies will take the following paths in their development:

Architectural and interior 3D printing. A 250 square meters house was already 3D printed in Dubai. The working principle of the process was easy: a robot moves on special rails and puts a concrete mix. The price of a building is half the price of a regular one of the same size.

3D printing in medicine. Scientists already successfully 3D printed not only the internal organs but the human skeleton as well. There are plans to compensate for a lack of donors with the help of 3D printing in the future.

Automotive and aerospace 3D printing. 3D printing a car after choosing a color: it will become a reality in the age of 3D printing. The same can be said about 3D printing parts of spacecraft. 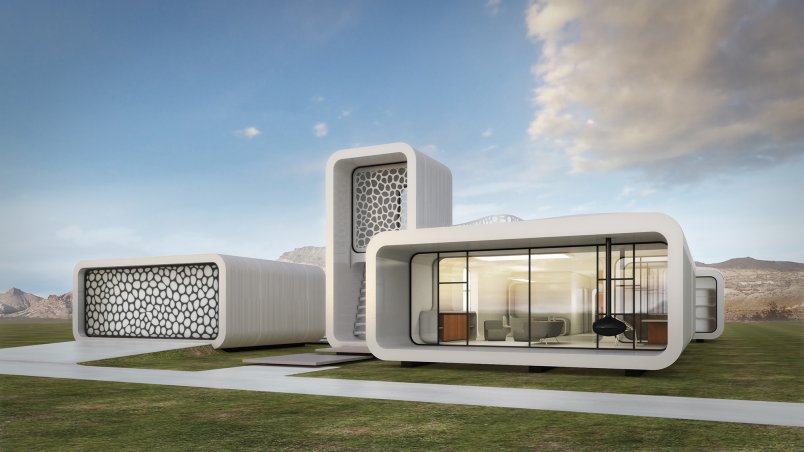 The Prospects of 3D Printing

Trying to imagine a distant future of 3D printing would look like something out of a sci-fi book. Even if just a half of the predictions are accurate, then the ability to 3D print nearly everything out of thin air fast and cheap will become a reality, the world will change beyond recognition. The potential of the technology is as wide as it’s accessible.