“I passed HSK (Chinese Proficiency Test) Level 2 in 2020, and I will take HSK Level 3 in 2021 and start learning Chinese writing. This is my New Year’s plan.” On the eve of the Spring Festival, Jaguar Land Rover China and Chery Richard Shore, the president of Jaguar Land Rover’s joint marketing and service organization, revealed his new year plan during the exchange with Autohome.

This seemingly personal New Year’s plan actually reflects the importance of the Chinese market to Jaguar Land Rover. Facing the new changes in China’s auto market, what strategic measures will Jaguar Land Rover have? Which models will be launched on the product side? We had a frank dialogue with Bruce Lee on this.

1) “New Cannonballs” are in place

Putting Chinese learning as a New Year’s plan shows that Bruce Lee is eager to understand the Chinese market in depth.

In fact, this urgency is not unrelated to the new changes in China’s entire automobile industry. Under the wave of electrification and intelligence, newly emerging “new forces” such as Weilai and Tesla continue to erode the inherent share of the luxury car market. How to stabilize and expand the existing market share has become a new issue that many luxury car brands, including Jaguar Land Rover, have to face.

According to Jaguar Land Rover’s recent 2020/21 fiscal year third quarter (October to December 2020) results, its global sales reached 128,469 vehicles, revenue reached 6 billion pounds, and pre-tax profit was 439 million pounds, a year-on-year increase About 38%. Among them, sales in the Chinese market increased by 19.1% year-on-year.

In the past year, the new Land Rover Defender, the new generation of Land Rover Range Rover Evoque, the new Jaguar F-PACE, and the first domestic new energy vehicle Land Rover Discovery Sport P300e plug-in hybrid models have continued to exert their strength in the terminal market, ensuring that Jaguar Land Rover’s sales rose steadily in the second half of 2020.

According to data, Land Rover Range Rover’s sales in 2020 will achieve a year-on-year growth of 14%; the new Land Rover Defender has delivered nearly 3,600 vehicles since its launch in the Chinese market for six months. As for the Jaguar brand, XEL achieved a year-on-year sales growth of 8%; E-PACE sales increased by 10% in December.

The continuous introduction of new products and the active efforts of terminal channels have jointly ensured that Jaguar Land Rover achieved positive growth in the Chinese automobile market in the past year.

The timely replenishment of “new shells” may make the terminal channels more calm when dealing with the offensives of Tesla and Weilai.

In fact, on the road to electrification, Jaguar Land Rover has not fallen behind.

According to Li Dalong’s introduction to Autohome, “As early as 2017, Jaguar Land Rover took the lead in putting forward a new energy strategy ahead of other luxury car companies: starting from 2020, every new car of Jaguar Land Rover will be equipped with new energy options.”

In terms of product proportions, 43.3% of all Jaguar Land Rover products currently being sold have been electrified. From the data of the fourth quarter of 2020 alone, its new energy models accounted for 53% of sales. Among them, 6.1% are pure electric, 5.5% are plug-in hybrid vehicles and 41.4% are light hybrid vehicles.

According to the plan, it is estimated that by 2030, 100% of Jaguar cars and 60% of Land Rover cars will achieve zero exhaust emissions.

In the past ten years, Jaguar Land Rover has delivered a report card of one million vehicles in the Chinese market; for the next ten years, it has also set a specific strategic plan in the direction of electrification. Whether it can create new brilliance is also a test It is the management’s ability to respond to execution.

Different from the past, the Chinese auto market has shown a trend of multi-polar elements. With the addition of many non-traditional auto companies such as the Internet and real estate, market uncertainty has also risen. In addition to transportation tools, the functions assigned to cars are constantly showing new changes.

Of course, having challenges means having opportunities. From the perspective of Bruce Lee’s attitude in learning Chinese, there is no need to question the importance he attaches to the Chinese market. This is also a good start for Jaguar Land Rover’s next decade.（More in autofun: harga mobil hrv） 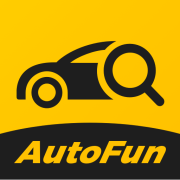